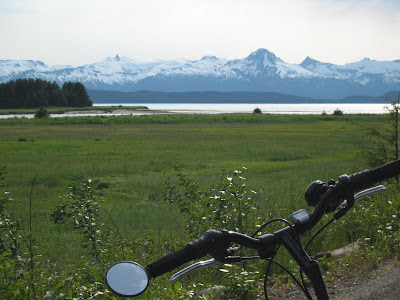 What a busy eventful week of Jun28-July4.. Came back Saturday afternoon from 65 degrees temp in Alaska to 95 degrees in Burbank Airport. From a very mellow laid back town to the hustle and bustle of city suburban life in California. The weather was from cold on/off rain, to sunny and partly cloudy. Everything and everyone were slow in Alaska. Didn't see much folks using cell phones, No helmet laws for motorcycles and road cyclist. Most everyone drove a Subaru station wagon 4wheel drive with racks either it be a bike, skiis, kayak, canoe rack or storage compartment on the rack. Alaskan folks are either by the water wearing a fishing gear and brown rubber high boots or working in the city wearing casual REI hiking type outfit with Keen Sandals or Crocs shoes. Even the restaurant's food preparation was slow.. No big rush unless you're a cruise ship tourist on a very limited time. 18 hours of day light and less than 6 hours of night and it doesn't get fully dark either. There were so many filipinos who lives and work in Juneau. . Too bad they don't have Chow King or Goldilucks..If they did, they could only make it big during the summer seasons. Businesses during Winter time slows down dramatically or closed during winter seasons. 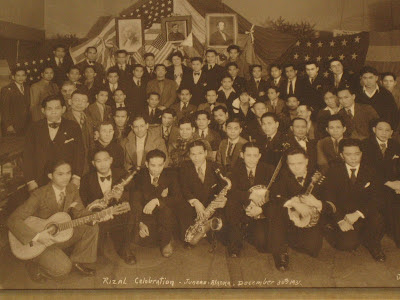 Did you all know that our ancestors were in Alaska since 1931. Yup..I took a picture of a picture I saw in Safeway Market. Rizal Celebration Dec.30,1931.
There's so many activities to do, so many places to see in Alaska. I hiked, kayaked, attempted to go fishing for salmon and halibut but came out empty handed (skunked) cause I don't know how to fish. Motored on a motorboat to Shelter Island and Whale watching on the way there. Did Zipline Adventure (ziplining from tree to tree) on a cable line while sitting on a harnest by the ski lifts in Douglas Island and River Rafted in Haines. Also went Beer tasting at the Alaskan Brewing Co.
Kayaking around Auke Bay 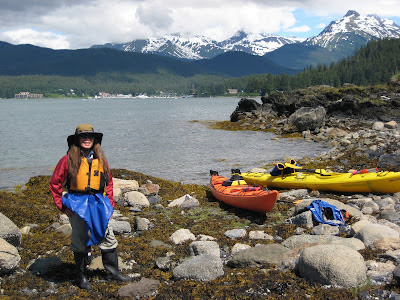 Going to the Cabin at Shelter Island 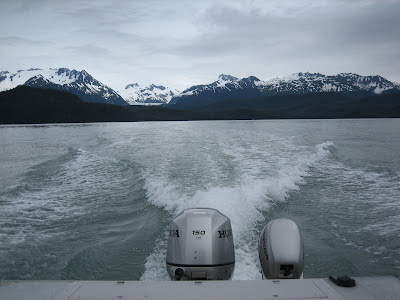 A Group of Whales came very close to the other boat 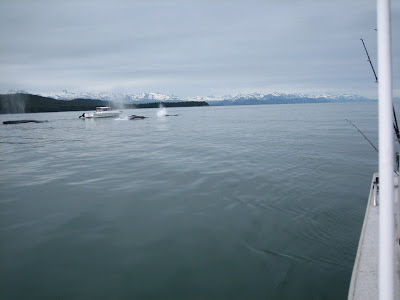 Overnight Stay at a Cabin on Shelter Island 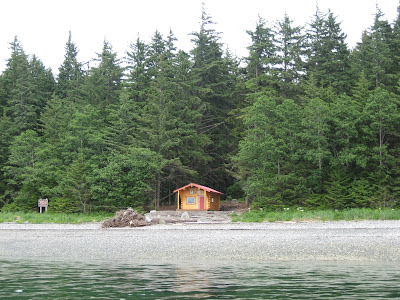 View from the Cabin 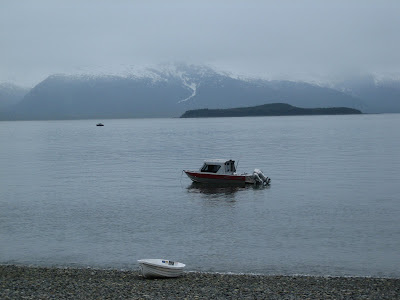 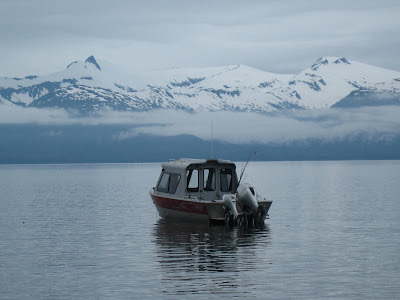 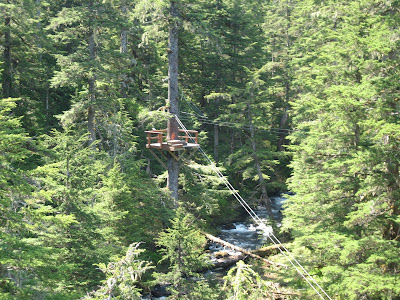 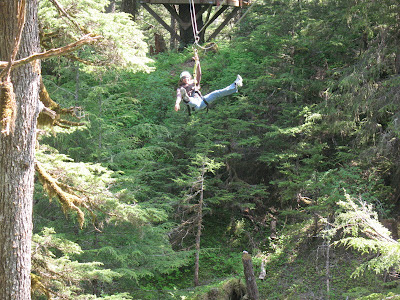 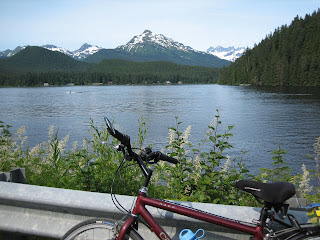 Rode around Juneau and Douglas Island for 3 days on a 25lb touring bike. Mind you I did not bring with me Gels nor Protein Bars. I brought with me in a shoe box (tied on a bike rack behind my saddle) during my bike excursion/expedition a peanut butter jelly sandwich as my protein bar, pineapple juice as my gel, beef jerky, cut up watermelons as my fignutons and wheat thin crackers and survived all 3days. That was so awesome. o On the 3rd day I decided the last minute to ride up EagleCrest Ski lift in Douglas Island,50 miles 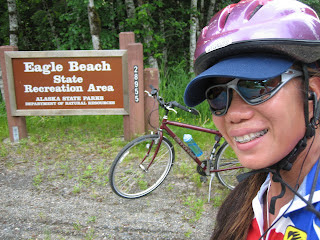 round trip. During the climb, I pretended I was going up Mt.Baldy by myself. Good thing, I wasn't scared at all on those 3 days I rode alone. Because of the breathtaking view of the glaziers, ocean, mountains with snow caps,the forest and bald eagle watching, you forget you're by yourself. It was peaceful, beautiful and spectacular.
If you plan on vacationing to Alaska, best season to go is Summertime.

On my way to EagleCrest Ski Lift on Douglas Island.. The sign says Hills but the picture of the Truck is going down hill but I was actually climbing up to the lift.. 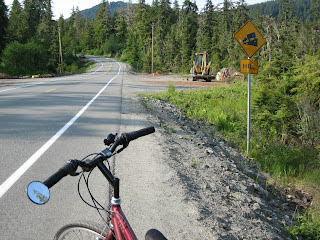 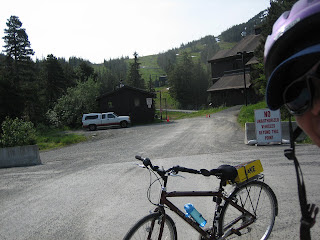 Made it to the Ski Lift

Posted by AdoboVelo Wire Service at 12:08 AM

Nice story, nicely worded, and very enlightening about the locals and their summer season! I want to experience all of those too! Arden