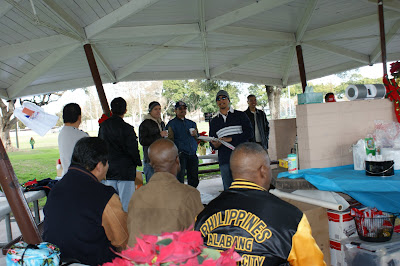 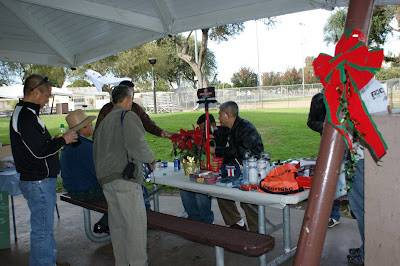 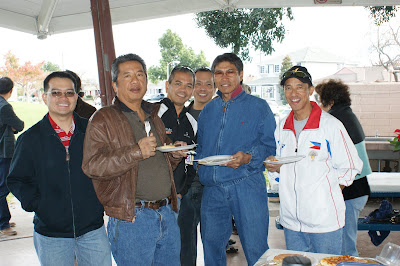 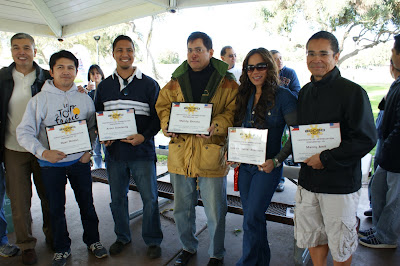 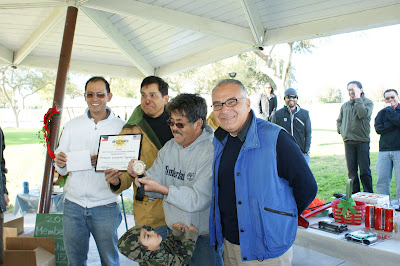 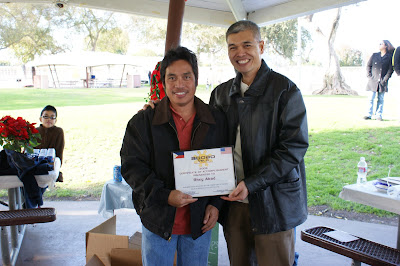 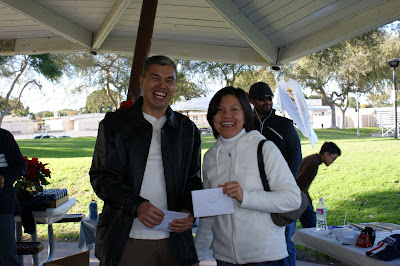 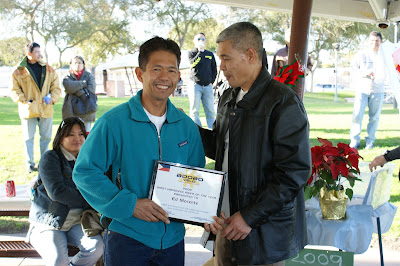 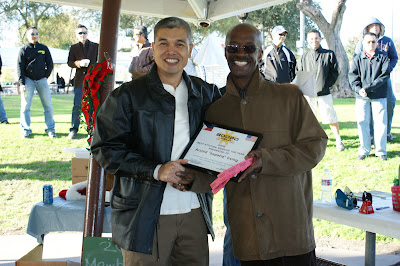 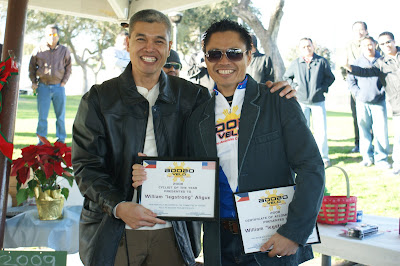 Overall, it was another successful big event for the ADOBO Velos as we look forward for year 2009 and beyond. Thank you and we wish you all a safe and joyous holiday!
Posted by AdoboVelo Wire Service at 8:31 PM No comments: 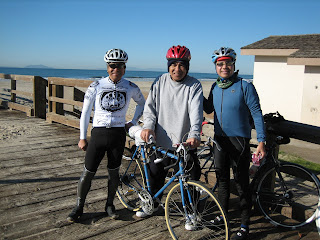 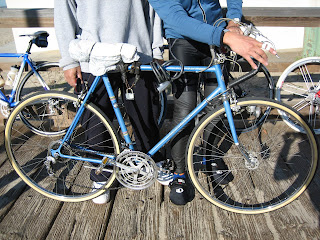 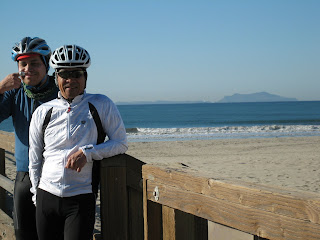 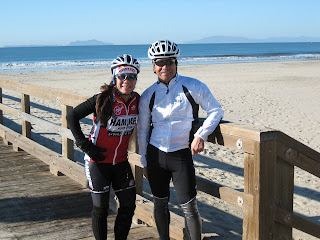 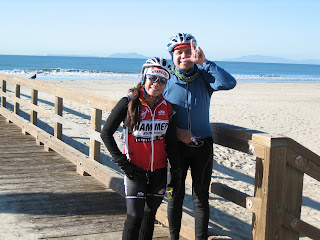 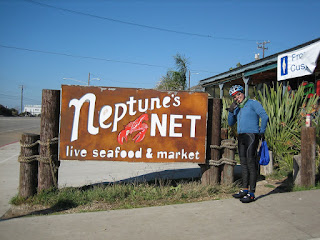 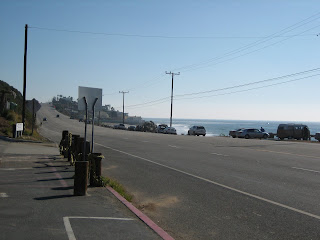 Finally I got to the bottom of Latigo Mile # 70) where Darna and Manny were waiting for me for 25 mins. It was already 2 PM and we were still in the middle of the Sta Monica mountains, we still had 50 miles to go with lots of climbing !!! We had no lights.
So we had no choice but to shorten the route. We skipped Potrero and Santa Rosa. But there were still a lot of hills along the way: Mullholland, Westlake, and Moorpark Blv. It was survival mode for me, but Darna and Manny were still fresh since they had to slow down to my "Group C" pace.
We got to the parking lot at around 3:30 PM. We did 95 miles, with 5,500 feet of climbing. Darna and Manny were still good to go for another 30 miles, if only it wasn't dark. If they did their own "Group A or B" pace and not have to wait up for me they could have finished the 120 miles in time. But they had a no-drop policy.
It's a great route. Next time we'll skip going to Port Hueneme (roads too dusty and busy), and instead from Pleasant Valley take Las Posas down to PCH.
Posted by AdoboVelo Wire Service at 10:02 AM No comments:

What more can we ask for in a century ride? Besides an amazing route, refueling stops were ready to serve, great post ride food fest, and the great weather! Turn out was about the same as last year but we still missed some of our friends. Here's Emre getting ready for the start! 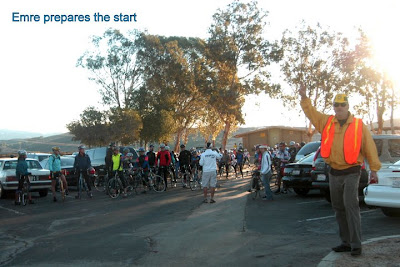 As expected, the first climb at Lake Hughes Road stretched the pack that became the sight all the way out to Elizabeth Lake, to Quail Lake and back to Castaic. Here's a pic from the lead group with Raffy of MMCC sitting wisely at the back. 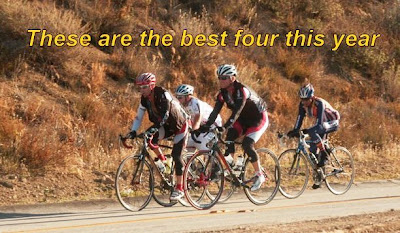 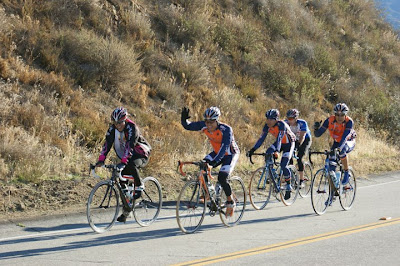 Volunteer SAG crews were busy at work from roving, giving directions, and making sure food were ready at each of the designated stops. Two unfortunate mechanicals happened at the first 25 mile, a broken chain and a broken spoke. So one abandoned and the other one had a replaced wheel. Some riders made a return trip but a lot continued on to Quail Lake, more than last year. This is because of the better weather. Arm warmers and jackets became an option as some participants handed them to the SAG crews. Here's a pic of Legstrong and his ADOBO Velo comrads at Quail Lake SAG Stop... 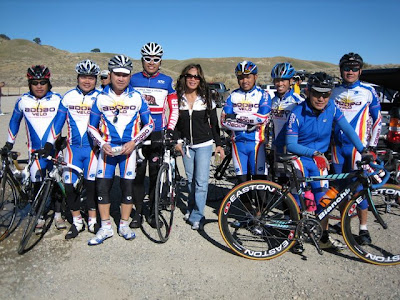 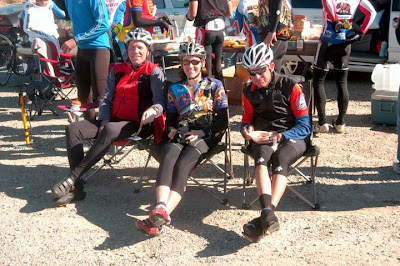 Steve of Sta Barbara was the first one to arrived at around 1:30pm and got his souvenir TdF shirt! 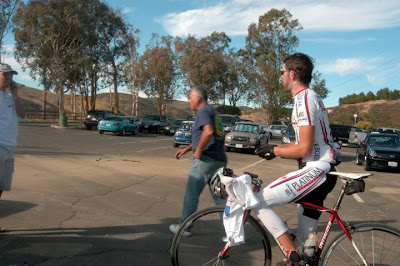 Deo came in a few minutes later with that contented smile! 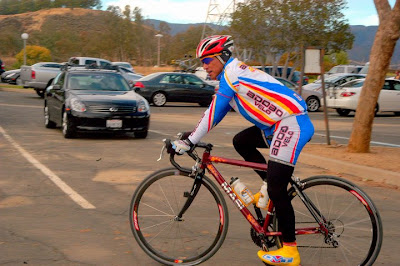 All the food where warmed up and devoured. Souvenir shirts were being bought. Donations were pouring in. Masseuse busy at work till dark. Stories being told and new friends were being made. 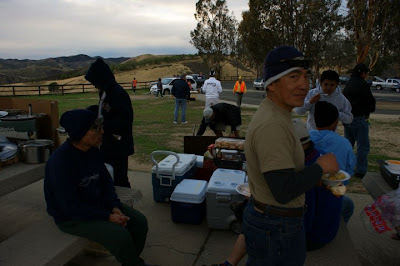 Overall, another successful Tour de Francis! Everyone got punished by Director Francis as they enjoyed the whole day of festivities as much as the volunteers. Thank you all for making this a special day. We hope to see you all again next year!
Posted by AdoboVelo Wire Service at 9:34 PM No comments: