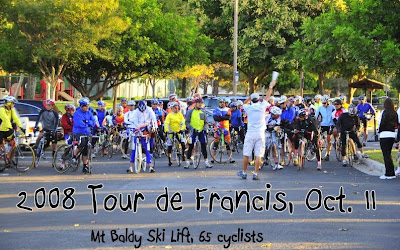 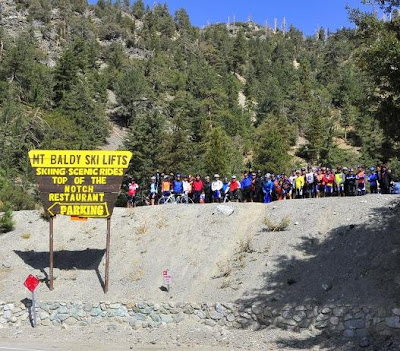 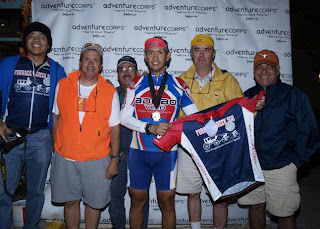 THANK YOU!!!! From Francis:
The Ignacio Family would like to thank the Fab Five or the tremendous job in the Furnace Creek 508: Alan Mesarra, Vince Pacheco, Mandy Genato, Ricky Herrera & Imre Udvardy. These guys kept me safe, sane and seated in the bike for 42:09 hours. Awesome support team. Priceless.Many thanks also to Mr. Dennis Evangelista for providing the magnetic signs. Everybody were impressed by the professional look of the team van. Great job Dennis. Thank you to the Adobo family, Brutos, MMCC & Reggie Ferraz for the moral support and enthusiam, specially to Ms. Darna for staying up late for updates throughout the race. Thank you, until next year. Francis.

From Ryan:
Seems like Francis did it again... Congrats to Francis and crew for a well deserving finish.
From Rosalie:
HURRAY!!!!!! !!!!!!! FRANCIS REDEEMED HIMSELF!!COULDN'T HAVE DONE IT WITHOUT THE FAB FIVE CREW.CONGRATULATION' S AGAIN FRANCIS, I WITNESSED YOUR AWARD CERMONY ON THE WEBCAST, FANTASTIC JOB!!Now everyone go to SLEEEEEPPPPPPP! !!
From Richard:
CONGRATULATIONS! !!You are one heck of a rider
From Arden:
Congratulations! Is this a new personal best time? I think it is!
From Luis Pita:
Congratulations Francis! You're are a strong rider.
From Reggie Ignacio:
Way to go Francis!! Congrats from MMCC.
From Ben:
can we clone this guy? i don't think the word 'pain' even exist on you pare... congratulations, job well done and to fab five as well!
From Egay:
Great Job!!! Francis!!! You are the Mannn!!!!
From Arnold:
A great job to Francis and team you all are the best.
From Pid:
Keep on the good write up about the 508. Congratulations to Francis!...and to the support crew.
From Gil:
What a great looking group of guys on the top page...!Congratulations - Francis;You' re an 'ANIMAL!!!.. .'Cheers! The beer man (gil)...
From Ed Morente:
That's just AMAZING! Congratulations Francis, and thanks to your A-1 crew.All day Sunday I kept thinking "Francis is still riding his bike right now!" AMAZING!
From Legstrong:
Congratulations to Francis and to all the crew. Job well done!Francis, you are tha MAN
From Mang El:
Of course, Francis is the only tough/hard/astig among the Adobovelo kids. I satule you Francis.. I love bike riding but the most I did was 200miles with you & just to imagine what you did, even to ride 24 hours, I may not even last. You said last year that you won't do it again (big frustration) but you forgot the torture & punishment you experienced. Once more you proved it to us, 509 miles in one shot. Congratulations Francis, that's a good challence & a big accomplishment.
From Louie Rivera:
CAN WE CALL YOU "OVERACHIEVER" ? ASTIG KA TALAGA and it has to be mind and body, agreed?
Posted by AdoboVelo Wire Service at 9:29 AM No comments: Links to this post

From Louie Rivera:
Oct 5th Tour de Poway offered us a wonderful, cool day. Present was El, Deo, Ed Morente and yours truly. We only did the Metric Century but the route was fast, pretty sights, BIG 7 miles downhill along route 67, patches of recent rain. Four MMCC riders waited for us at the start at around 0720 and headed by Sam, then at the halfway point (34) miles, the rest of the MMCC gang were still there so we rode the rest of the way somewhat together until the last 12 miles where many strong legs and happy feet started hammering, and as usual I fell back and El ended pulling be back to the finish. MMCC group was very nice to us as usual by showing their hospitality and recovery drinks and nutrition (CORONA) included. I should not forget that June from Duarte and Lito from Pasadena both did solo 100 MILES and the two of them have not seen each other along the way. Hey Lito you've got 40 miles on us. 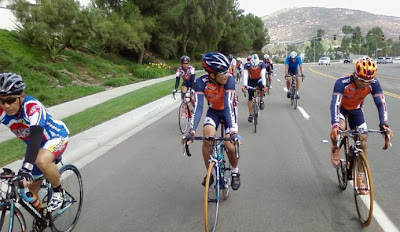 From Mang El:
That was a good ride & I enjoyed much....... thanks to all MMCC guys especially for the punishment. I remember Sammy kept saying "we'll take it easy" then I always found out I was running out of breath... he'll kept up the pace to his high speed & will tell me "this is how we do it in Fiesta Island". How fast are we doing? I could only guess.. seems to be on the higher 25mph... actually I had a hard time keeping up with these guys... walang habag! pinatulan kami ni Deo. Sammy, you guys are much much better now... I couldn't even go in the front to take my share by pulling the group so I ended up watching from behind with Louie, he he.. keep it up MMCC guys.See you saturday.... ......... . 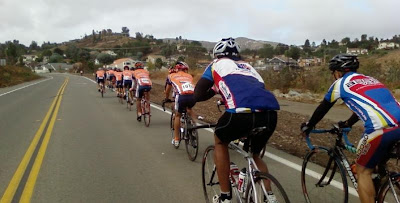 Posted by AdoboVelo Wire Service at 9:11 AM No comments: Links to this post